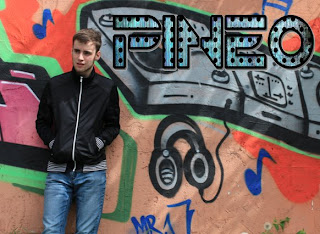 Among the wave of innovative young dance the track already producers comes PINEO (19yr old Producer / DJ) from Halifax (Canada). He is starting to create buzz with his heavy bass-lines, catchy melodies, and complex cutting.

PINEO has a heavily downloaded bootleg of Calvin Harris’ Bounce, a feature on “The Best of Radio Reddit”, work on Sounds Outside the Lines “Revolution 808 & 909” virtual instruments, PINEO is already starting to make waves, and will be releasing his Debut EP later this year, along with many collerations in the works with the likes of GRUBBY, Young Feller, and more.
Make sure you keep your eyes open for PINEO in 2011/2011.
Check out a remix for a Lights remix contest and a DJ mix below, including other PINEO originals below.
LIGHTS - Toes (PINEO Remix) [Please vote for my remix!] by PINEO
DJ PINEO Electro House Dance Mix 3 - Funktastic by PINEO
Posted by Filled Lungs at 20:50

Let us know what you think of this post. Would be good to hear your thoughts.